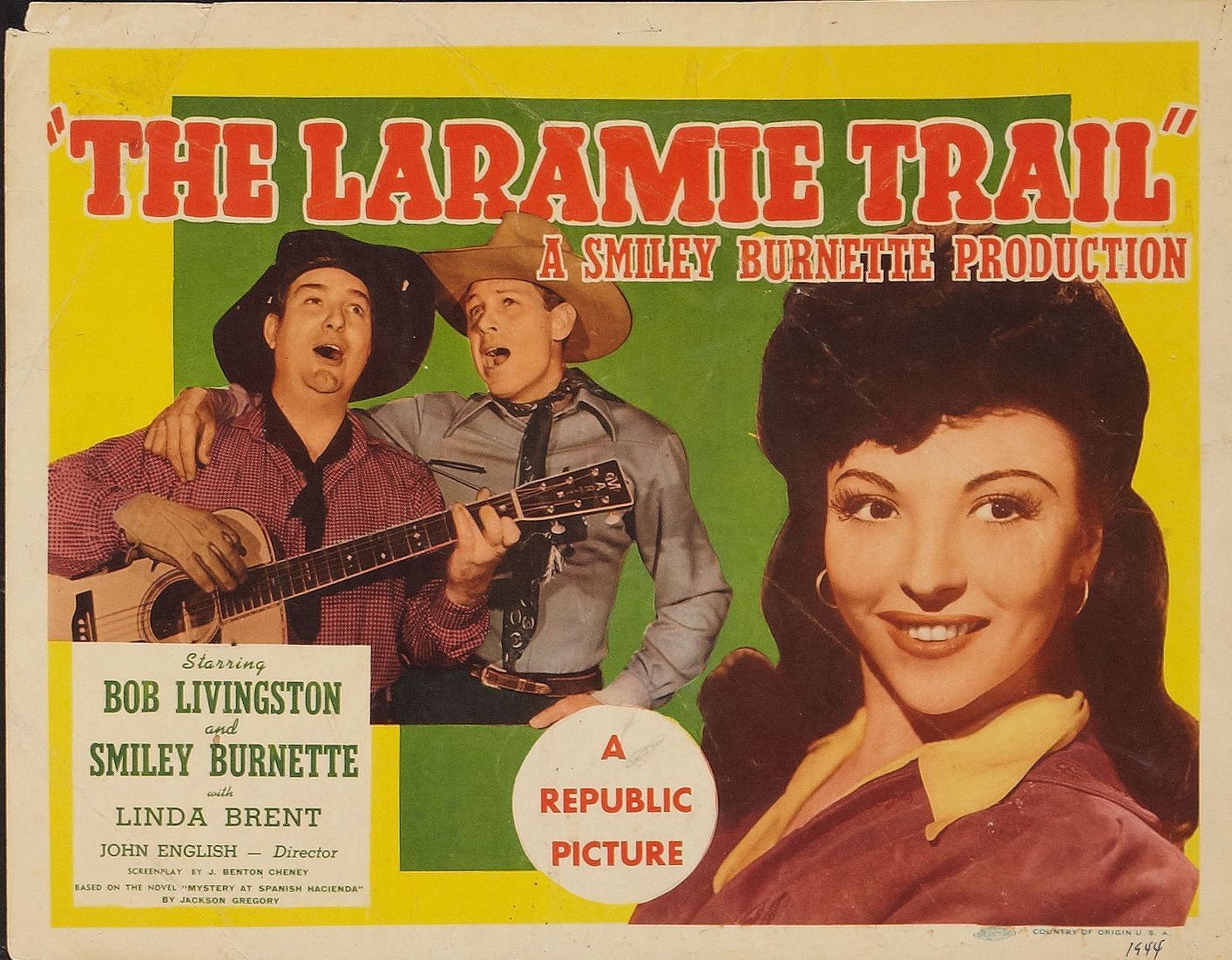 Both Livingston and Smiley Burnette are great in this one, making a decent film even better than I would have expected. Roy Barcroft was a fine heavy, in yet another fun role as a slick villain .

For a B-western, this film more than meets the grade. Even though the frame-up plot is familiar, the cast and writers make this one interesting and suspenseful.

An enjoyable cowboy flick with a satisfying conclusion. When Gene Autry went into the service during World War II that left his sidekick Smiley Burnette at sea somewhat. But in the world of Republic westerns a character as popular as Frog Millhouse was not going to be left hanging. Burnette took his character into other westerns, a couple with Roy Rogers and here with Robert Livingston on The Laramie Trail.

Livingston and Burnette go to Wyoming to take possession of a ranch when they involved with an escaped prisoner John James wanted for murder. Something about James tells Livingston he's innocent and at that point there's only one course for a cowboy hero.

And of course Livingston is right, James murdered no one. But their private investigation leads them to an old Spanish grandee played by Martin Garralaga, his daughter Linda Brent and a family secret that Garralaga would rather die than have revealed.

Not a bad Republic western with a little more plot to it than most had at the time.